Gretel co-founded 'EPA' (formerly Urban Water Performance Group) in 2013 with Stuart Grant and Peter Fraser.  The group brings together artists and academics with expertise in site-responsive performance and is based in a Body Weather methodology. The group created Body of Water for Maudie Palmer's Birrarung Project and Melbourne Food and Wine Festival (2014) at Queensbridge Square, a site in Melbourne's CBD on the Yarra River (Birrarung).  Body of Water referred to historical and cultural features of the river site, the qualities, sensibilities, ecological challenges of water, and the fact that our bodies are largely comprised of water. 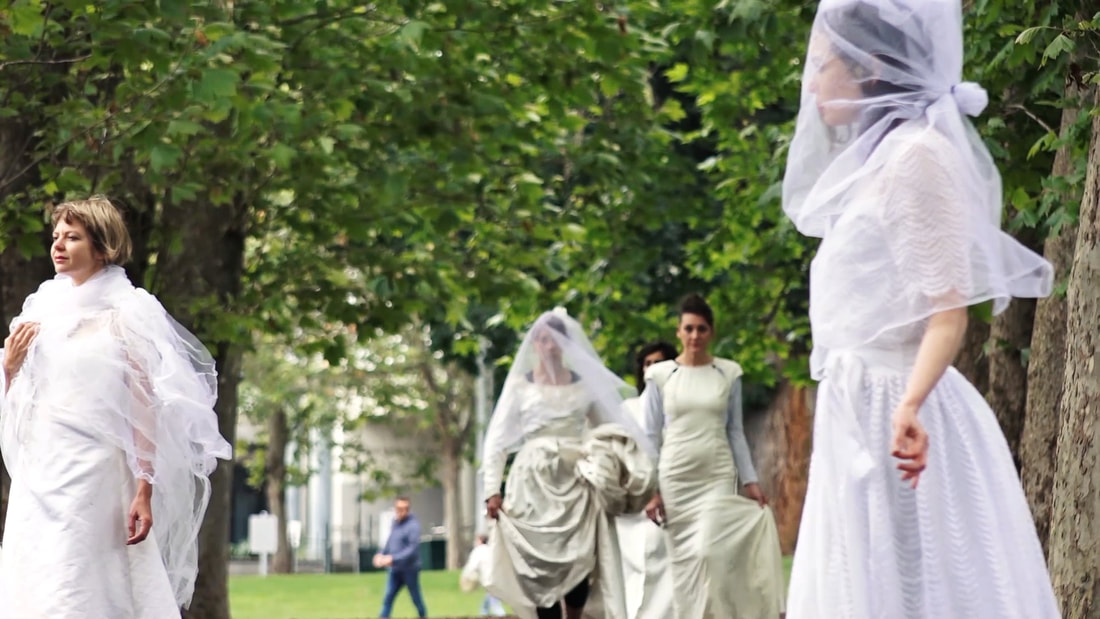